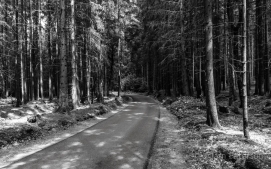 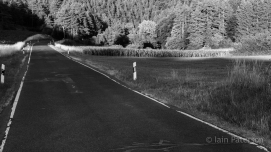 Since passing my driving test a couple of months after my seventeenth birthday, nothing has come close to matching the exhilarating feeling of freedom that driving gives me. Decent wheels, a full tank of petrol, and an open road are catnip to a guy like me.

Well, they were, at any rate. Then I moved to England.

Scotland has many wonderful positives that I could bore you tears with, given the slightest encouragement, but arguably the best is that almost nobody lives there. We are blessed with MAMBA, as Billy Connolly once put it – Miles And Miles of Bugger All. It’s driver nirvana. Endless empty roads taking you through some of the most beautiful scenery on God’s green earth.

This was my proving ground as a young driver and I revelled in it, driving my parent’s, and any other gullible fool’s car I could nab the keys to, everywhere.

Once college was over, I relocated to Leeds to take up a job with the Chorus of Opera North. My singing teacher lived nearby, but well out of the city, in the small mill village of Scholes, near Holmfirth. I endured the journey twice on public transport (bus, train, bus, walk – achievable in two hours door-to-door, if you scour the timetables with military rigour) before being convinced by my mate Dennis that buying a car made more sense (30 mins door-to-door).

From Huddersfield down to Sheffield, and over east to Wakefield, the scenery of West Yorkshire is really very beautiful. Rolling hills and dales punctuated with old industrial mill towns and villages, all constructed from an attractive pale stone, known locally as Millstone Grit. This short drive should have been a pleasure, but, whilst that part of Yorkshire is blessed with many boons, MAMBA, unfortunately, is not one of them.

The place is heaving, and traffic is a nightmare. Ironically, when I needed to take the bus, there was only one every two hours, yet every time I drove there, I seemed to be stuck behind a convoy of the damned things. In Scotland, the same journey would have taken a fraction of the time.

Things did not improve when I moved further south. I now live in a small town in Surrey which has morning and evening rush hours. Not only that, it has school runs, too, which inexplicably seem to strike, ninja-like, at any hour of the day. In a flash, you can find yourself surrounded by a herd of erratically-driven Range Rovers, piloted by irate mothers apportioning almost biblical levels of rage over their left shoulder. As a consequence, it’s at a standstill for most of the day.

The good news is that the South Downs are only a short motorcycle ride away. Except they’re not. As UK roads have become busier and busier, our nanny government has slashed local speed limits left, right and centre. What were previously 60mph National Speed Limit zones are now all 50, 40, 30, and even in some places, and I pity the poor beggars that have to live there, 20mph. The South Downs might as well be in Botswana now, so long does it take to get there. We should probably just abandon automobiles entirely, and go back to horses and carts.

I’ve driven back up to Scotland several times in the last few years, and I’m happy to report that, once you get out of the cities, it’s still as beautiful and deserted as ever, although the fun police have worked their magic on the speed limits there, too, the spoilsports.

So where does a driver go these days to get their fix of high-speed, amazing scenery, and open roads? Why, Franconia, of course.

All words and images ©Iain Paterson